We Make and Design Smart and Attractive Apps for Android Mobile 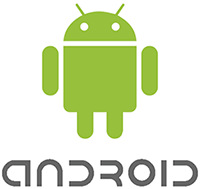 Android is truly a platform, encompassing hundreds of classes beyond the traditional Java classes and open source components that ship with the SDK. Using android development softwares we can create new applications for the Android operating system. The well known android market contains more than 700,000 apps that are running on millions of android mobile phones worldwide. Android market serves over 25 billion downloads as of 2012. Android platform is one of the most hot tech topics now a days, and has now grown to become a career for thousands of mobile app developers.

In the event of tough Android competition, Android developers need to stand against all odds, and WDS India helps you to dig your way down the market. Android applications are developed using the JAVA platform, which most of the developers may or may not be well versed with. Here at WDS India we have experts of JAVA who expertise in Android development tools (ADT) including the debugger, libraries, emulators, coding etc. Our developers use command line tools (Apache Ant and JDK) to create, build and debug Android applications along with the simple text editors to edit Java and XML files.


Android provides all the required components needed to run the device, a base level of functionality, and a highly optimized virtual machine for running a variant of Java-byte code. Its not just an operating system, but rather it is a set of middleware, core applications and an SDK that ties it all together. Outsource your Mobile Development to WDS India, for we have developers that are entirely trained and experienced to provide you with solutions for all your Android application needs.

Career with Us
Apply Online Now